Traxxas Summit Review – A Jack Of All Trades

The Traxxas Summit RC truck has been around for a while, but is it as amazing as they say it is? Whether you’re new to the world of RC trucks or you are a veteran, if you don’t own a Summit, you’re probably wondering what the big deal is about this monster truck. After trying out this truck on different terrains, I can assure you that your curiosity is valid. Read our Traxxas Summit Review to get the lowdown on this RC monster truck.

As an all-terrain monster truck, the Summit has a lot going for it. I absolutely love this truck, it truly is amazing, but I have had a few challenges with the truck. I’ll take a few moments to share the good, the bad and the ugly.

Is it capable of bashing and jumping?

The Summit is a 1/10 scale 4WD extreme terrain monster truck and when it comes to jumps, this baby delivers! Watching this truck jump is like poetry in motion. It can jump and land in almost any terrain, landing on the two back tires before righting itself up. Its quick response time to trigger inputs in the air makes it a really fun truck for jumping.

It is no speed daemon but still pretty darn fun

The Summit RC truck is never going to be a racing truck. The good news is, that’s not what it’s about. If you are looking for speed, you definitely should skip this because this truck is slow. The fastest it’s been known to move is about 21 miles per hour, and it doesn’t really matter what batteries you’re using. That’s not a vehicle you want on a race track, although it does nicely on a track just not in an actual race. Then again, the Summit is marketed as a slow speed truck so no surprise there.

Is the summit a crawler or just a basher

This is where the Summit turns into an amazing piece of machinery. For a truck that is not an actual rock crawler, this RC truck from Traxxas did amazingly well. There was literally no rock that it could not climb over. The Summit is an independent suspension rig and by nature, they do not do very well as rock crawlers. Although this truck does not claim to be a rock crawler, it is right there with most solid axle crawlers. You might get stuck a few times or even flipped over, but this baby sure can crawl.

How does it handle rough terrain

The Summit is supposed to be an all-terrain kind of truck and it delivered in spades. If you kick it into low gear and lock the divs, the Summit will go over practically any terrain. The amazing part is when the truck gets into an incline with loose dirt. You would expect it to kick up some dirt and give up, leaving you with the frustration of having to walk all the way to free it from where it’s stuck. But no, the Summit is classier than that and once you lock your diffs remotely, this monster truck will get over that terrain nice and easy.

For a truck as rugged as this, you would think that it’s going to have trouble going on smooth surfaces, but not so. It runs smoothly and without difficulty on any surface; a smooth surface, a race track, dirt roads, on rocks, mud or grass, all terrains.

How about handling and steering performance

The Traxxas Summit RC truck has a steering that is a bit underpowered. This means that with a little more power, it would do a better job of turning the large tires and heavy body. However, after a few runs you will get the hang of it and keeping it from flipping over becomes easier.

Is the Summit a great basher?

Oh boy, this is one truck that can take a heck of a bashing. It is strong and sturdy and can take a beating. The average Summit can last several years without any need to replace any major parts. Of course, this might have something to do with the Exocage skeleton around the body. Whatever it is, the Traxxas Summit RC truck is ultimately bash-worthy.

The big question. How does this truck hold up?

This is not to say that there won’t be broken parts. As sturdy and durable as the Summit is, several people have had issues with a few broken parts. Personally, I’ve had to replace a servo after the truck took a rather hard beating. Also, a bit of the body part which protects the front lights got broken, but it was a minor break and didn’t stop the truck from doing its thing. Does that mean your Summit will get broken? Honestly, I don’t know. The durability of this truck is well known and there are those who have had the truck for years without experiencing any breakage. So you might be one of the lucky ones.

What about power and speed

Summit has some power, but not a lot of it. An electric monster truck, it uses the Titan 775 motor, which is pretty large. Rigged out with a fan-cooled armature, you can run your truck for as long as your batteries allow. The Summit can go the distance, but unfortunately, this does not convert into extra power. Not to belabor the point, but this is no racer truck.

The Summit is outfitted with really large tires, which allow it to move with ease on almost any terrain. Inserted with soft foam, the rubber has incredible grip. The only problem (which is one that most RC trucks have) was getting water out of the tires. Once you get into a terrain that has water, the foam soaks up the water, leaving your tires soft. This can be a challenge although the tires do dry out eventually.

Summit runs on 7-cell stock batteries, which have a surprising lifespan. The batteries power the heavy truck just fine and can last for years. Some folks prefer to switch things up with 2 LiPos, which is okay. It is worth noting though that the LiPos will not necessarily increase the speed, but you will gain some increased acceleration. The Summit is not built for speed and though you can get a few upgrades and rig it up for increased speed, it will likely never be a racing truck, and that’s something to keep in mind.

Summit comes with a long range 2.4GHz radio that worked without any problems. The handling felt comfortable with switches that let you remotely control differential locking as well as the high/low gear selector. But what totally rocks, is the wireless module that you can use to turn your iPod touch, iPad, iPhone or Android into a tuning tool for your Summit.

If you are looking for an RC monster truck that can take lots of punishment, then it would be difficult to top the Summit. It is strong, durable and can take a bashing without crumbling under pressure. It is marketed as an all-terrain truck and it is right on the money.The thing about the Summit though is that it isn’t quite a crawler, but it can do some heavy crawling. It isn’t a fast truck but not incredibly slow either. See where I’m going with this? Someone referred to the Summit as a jack of all trades and master of none, and I couldn’t agree more. It doesn’t really do anything extremely well.But if you need a truck that is lots of fun, can take a bashing and is durable, the Summit will deliver on all those. Without a doubt, it is a powerful truck with a lot of capabilities. It isn’t surprising that this truck has so many fans. And I was wrong about something. There is one thing that the Traxxas Summit RC truck does really well and that’s being itself.

I hope you enjoyed my Traxxas Summit Review. Are you a Summit owner? Let me here about your experience in the comments below. 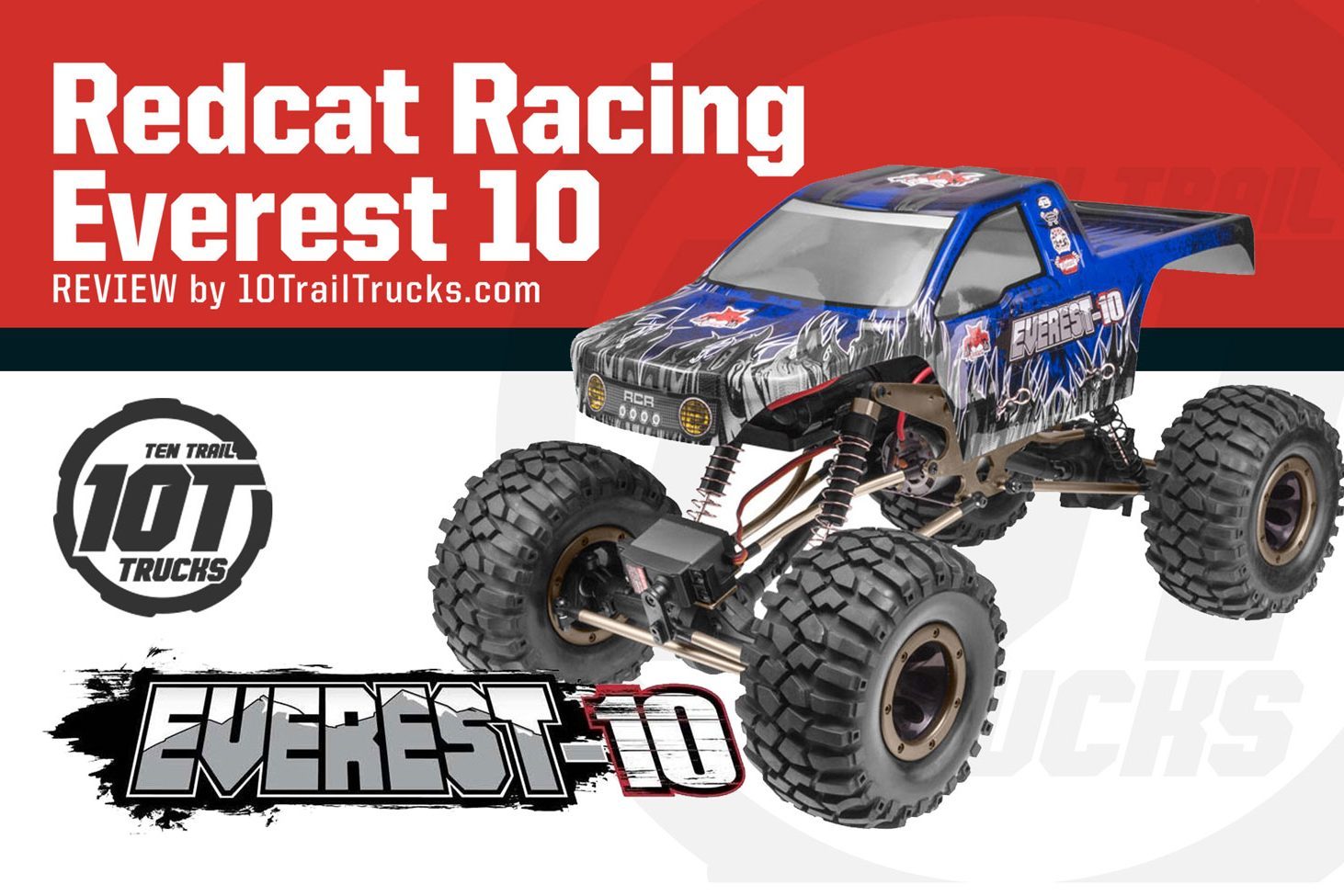 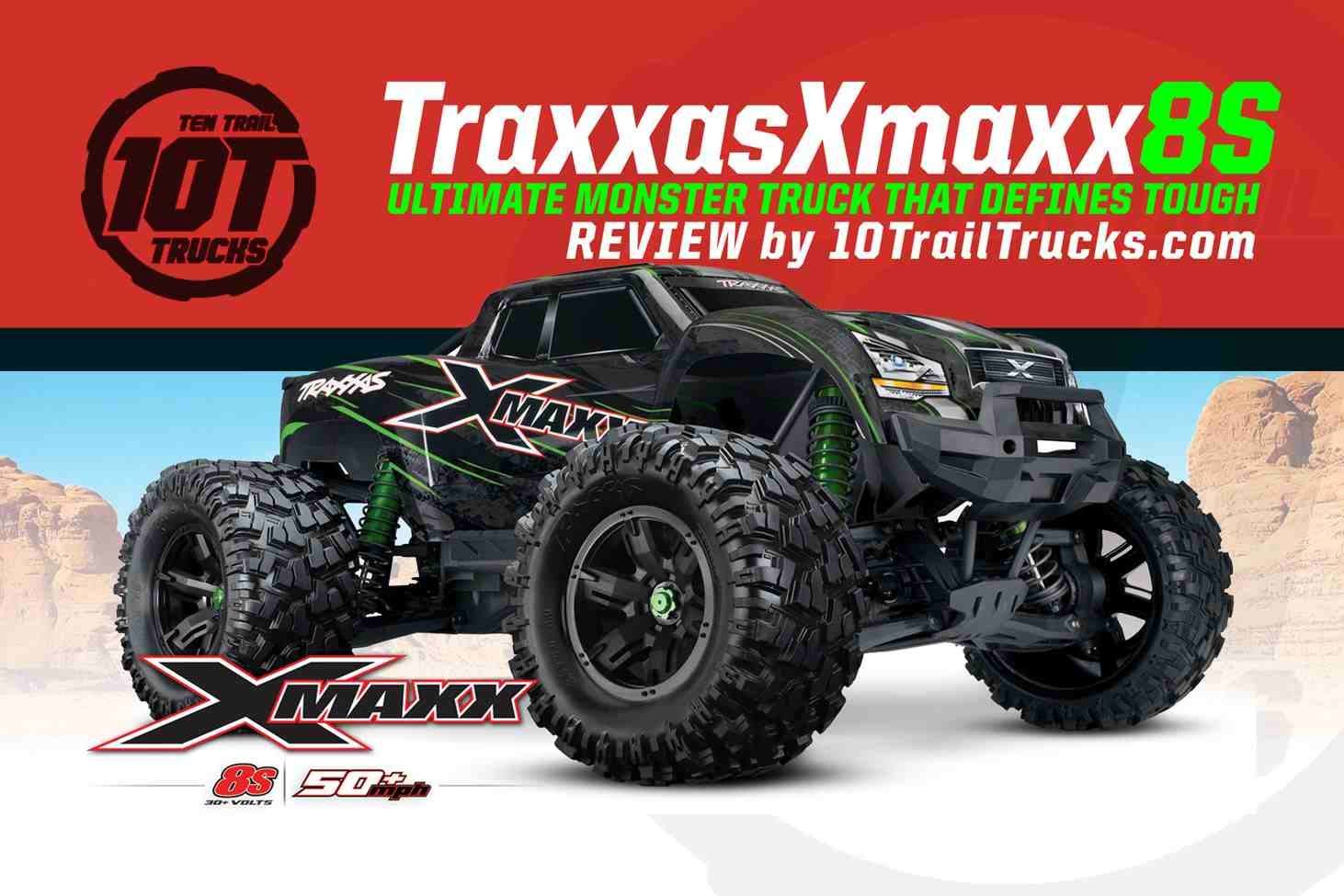