When it comes to purchasing a professional RC vehicle, it’s important to take into account every single factor. Many RC enthusiasts often ponder over which RC brands seem to be the best in terms of durability and performance. There’s an endless tug of war for the top spot between popular RC brands such as Maisto, Redcat Racing, DMZ, and Traxxas. It’s only recently that another brand popped up and caused quite a stir among the RC fanatics.

Axial managed to get the attention of the RC community by releasing their Yeti RC Rock Racer. The release was received extremely well, and many people considered it to be the biggest highlight of 2014. Therefore, Axial’s Yeti will be the primary focus of this article. We’ll tell you everything that you need to know about it. First, we’ll cover the chassis and the overall build of the truck, and then we’ll gradually move on to the specifics.

One of the key factors of every RC truck is that it needs to be durable and able to withstand the harsh terrain. Therefore, the chassis and the body need to be built well.

You might have noticed that Axial Yeti seems a bit smaller than its competitors. However, do not be fooled by its size because this model packs quite a punch! Let’s examine the chassis first.

The chassis looks like a combination of a truggy and an ordinary tub chassis. It uses materials that are highly resistant to various impacts and indentations. Due to its design, the chassis allows you to access the transmission and the front axle in order to maintain them. Moreover, there are several shocks that are filled with oil. They minimize the chances of you damaging the truck as it traverses over gaps and bumps.

How exactly do they do it? They act as compressors that reduce the suspension when the truck is landing on the ground. On top of that, Axial implemented their space management skills when creating this model. That means that each component has its own spot and nothing feels cramped or messy. Tha refers to components such as LED driver circuits, winch controllers, BECs, etc.

Axial basically combined their Exo Terra and Wraith designs into one for this model. Yeti shares the appearance of a regular desert truck. However, its extended tub shape makes it ideal for off-road racing. The body is extremely aerodynamic and allows the truck to ‘fly’ across the field.

Axial Yeti also features striking visuals that revolve around bright blue, black, and white colors. In addition, the whole look is complemented by Axial’s trademarked decals. The truck really stands out from the terrain and has that unique aesthetic feel to it.

Now let’s take a look at the key features

Now that you’ve taken a first glance at Axial Yeti, you’re probably wondering what it sports ‘under the hood.’ We’ll take a look at its suspension, transmission, motor, wheels, and even the controller. Therefore, let’s move on to discussing the key features of this RC rock racer.

The Axial Yeti has plenty of suspension travel for those rougher terrains like most of Axial’s models. It meets the requirements of every rock racer vehicle and even expands on it a bit. You can tune the vehicle however you want in order to adjust it to the desired terrain.

There are a couple of adjustable aluminum turnbuckles on the front side of the truck. On the rear side, there are several lower plates, which you can open and perform maintenance if needed. They even allow you to tweak the sway bar if you want.

The truck performs exceptionally well on rougher terrain due to the combination of the rear and the front suspension systems. However, it’s no stranger to other types of terrain as well. The rear suspension basically keeps the tires on the ground at all times and absorbs all sorts of jerks and shocks.

What’s interesting about this model is that the front suspension system is completely independent. That means that the vehicle can remain stable even when it’s going full speed. This type of suspension will also help you when using the truck on rough terrain because it reduces the risk of damaging the inner components. The front tires absorb the imperfections of the ground, and there’s really nothing that can cause them to turn the vehicle over. You’ll simply have better control, and you’ll be able to drive more accurately.

​The Motor and the Transmission System

Axial Yeti sports a 3150KV 4-pole brushless motor that offers just the right amount of speed and torque that’s needed for rock racing. Since it’s 3S, it powers up the whole vehicle effortlessly. The motor is hooked up to an old metal-geared transmission with a slipper clutch.

Speaking of which, there are multiple metal gears scattered around a huge canister (the motor) along with some pinion and spur gears. The motor and the transmission system are pretty much ready for anything that you can throw at them. The vehicle can easily get out of muddy spots and zoom out of areas with a lot of rocks.

​The Wheels and Tires

The tires feature an old-fashioned design, and they look like they might not withstand the harshness of the terrain. However, these are Falken Wildpeak tires, which means that they are more than enough for any type of ground.

Each tire has an interesting pattern, which ensures that the grip between it and the ground stays firm. Moreover, there are four Beadlock wheels (for each tire, of course) that hold the tires in place and complement their functionality. They’re quite aesthetically pleasing because their black color blends in with the rest of the vehicle perfectly.

The controller (AX-3) is the usual 2.4Ghz controller that most Axial RC vehicles have. It’s quite comfortable and rests in the hands quite nicely. The trigger is extremely responsive, and it feels stiff and durable.

By opening the top panel, you’ll see the controls for steering and throttle trims, reversing, binding, etc. The ‘steering wheel,’ which is located on the side, works like any other RC controller wheel. Its purpose is to steer the vehicle — and that’s exactly what it does.

What’s so special about this controller is that you can choose the battery type. You can either use four double-A batteries or a lipo battery. There’s a convenient JST port inside the battery casing, which makes it easier to connect both battery types.

What about the overall experience? Whats it like to own a Axial Yeti 1/10 Rock Racer?

In the previous section, you had the opportunity to take a brief look at the core functions of the remote control. However, that was more on the hardware side. In this section, you’ll find all the necessary info on how the Axial Yeti behaves during certain actions. Therefore, let’s get into it.

As soon as you touch the trigger, the truck lights up and starts blasting off. The brushless motor really shines here. It can yank the vehicle from its position and bring it up to full speed in a matter of seconds. Actually, it’s so responsive that it immediately starts throwing dirt all around the place.

The speed control is phenomenal because it allows you to control exactly how fast you want your truck to go. You can insert more powerful batteries if you want to see the full potential of Axial Yeti because it gets even faster! For this type of vehicle, that’s more than impressive.

When it comes to how well the Yeti turns, we can say that it’s quite moderate. For example, the turning efficiency at a lower speed is extremely accurate. You can navigate tight spots and get the truck pretty much anywhere you want. However, as soon as it reaches its maximum speed, the vehicle starts getting a little loose. Therefore, you can’t control it that well, which usually results in a crash.

Let’s just say that jumping efficiency isn’t the greatest. The Axial Yeti tends to dive straight into the ground when it jumps at full speed. If you want to keep the nose of the vehicle straight, it’s a good idea to save a bit of throttle just before it jumps.

The vehicle is durable enough to pull off all kinds of falls, so you don’t need to worry about damaging the internal parts. Keeping the vehicle straight during the jump requires some skill, but it’s definitely possible. On the other hand, if you’re a fan of spins and flips, you’ll have a great time with this model.

Rock crawling is a bit difficult to do, considering that this model is built to be extremely fast. Axial claims that they’ll add a feature that will smooth out the controls of the vehicle. As a result, you’ll be able to control even the smallest of movements of your RC truck.

For now, it remains difficult to do due to all the jerking motion that causes the vehicle to fall down. The pattern of the tires allows it to remain on the surface. However, the problem lies in the lack of control.

Due to the amazing combination of fiber and patterns on the tires, the vehicle is able to grip the ground firmly. In most cases, it’s highly unlikely that it will lose control. The only instance where it might turn over is when you’re turning at maximum speed. But then again, that’s true for any RC truck out there.

To sum it up

Purchasing the Axial Yeti can never be a bad decision. The vehicle does have some minor drawbacks regarding the lack of control during turning and crawling. However, the list of pros simply overshadows those flaws and makes them completely irrelevant.

We know that Axial always listens to its customers. They always try to include the users’ feedback into their releases as much as they can.

In fact, Axial Yeti is a product of a similar situation. They faced certain functionality problems in the past with the previous models. As a result, they were able to address the problems and release the improved models. The company shows a lot of potential. Therefore, Axial Yeti has the potential to become one of the best RC trucks on the market.

Also be sure to check out our full RC Rock Crawler Truck Guide for up to date pricing and comparisons.

Breakdown Yeti offers amazing true scale realism with welcoming details all over. We would consider the Yeti to be a excellent all rounder as it performs really well bashing, crawling, jumping and even trackable! The Yeti however is starting to show it’s age with newer models offering better features and performance. 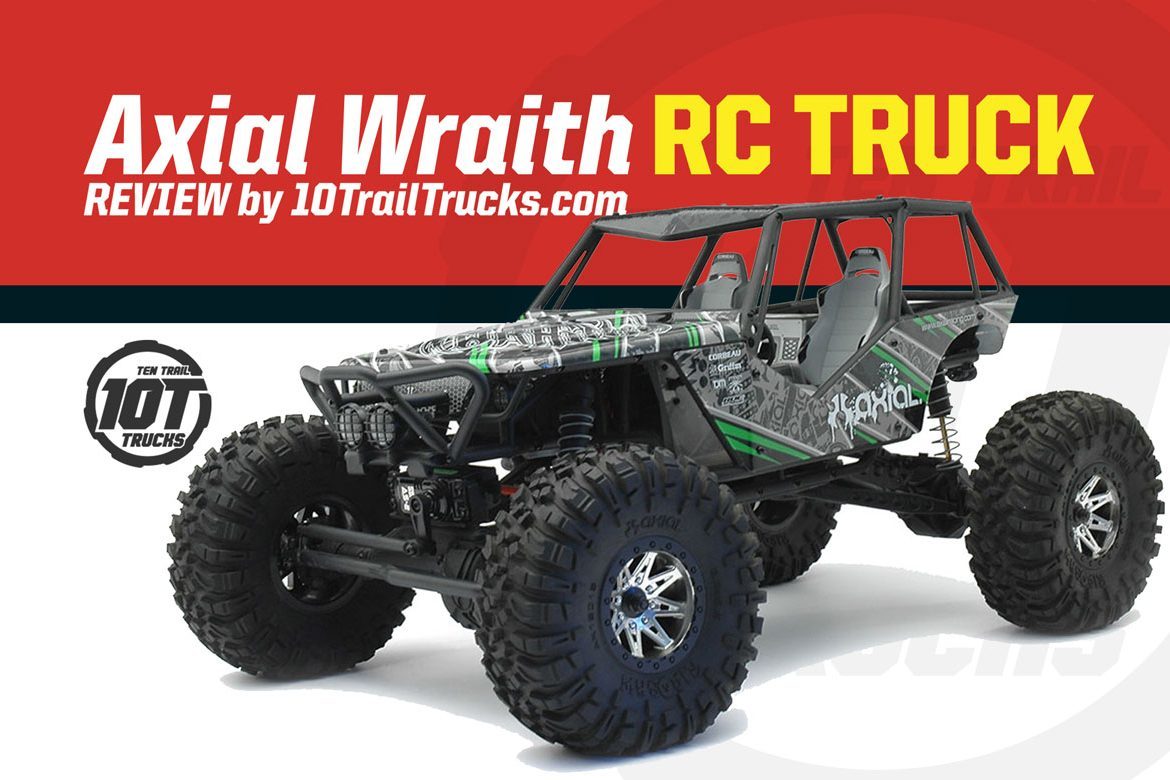 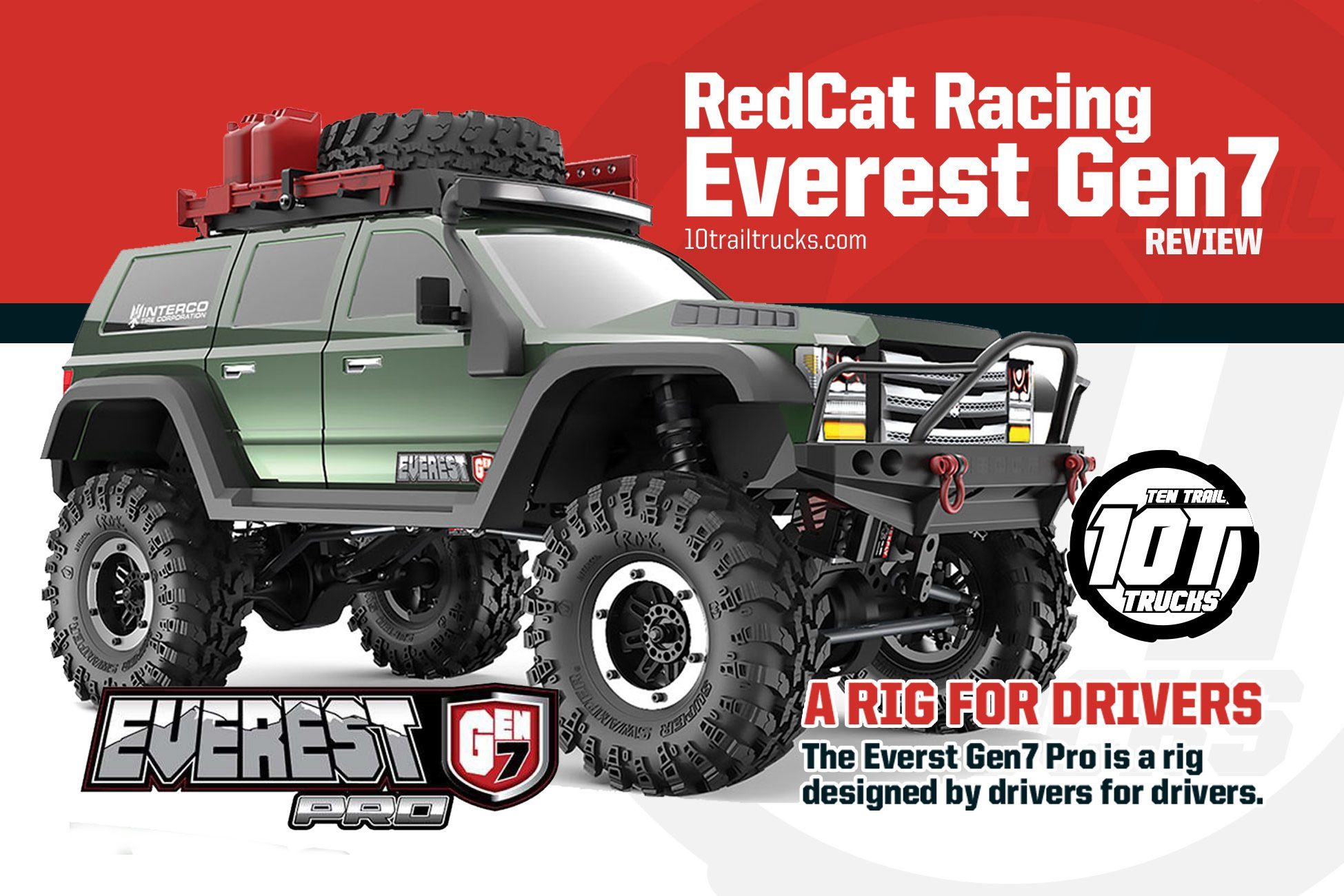 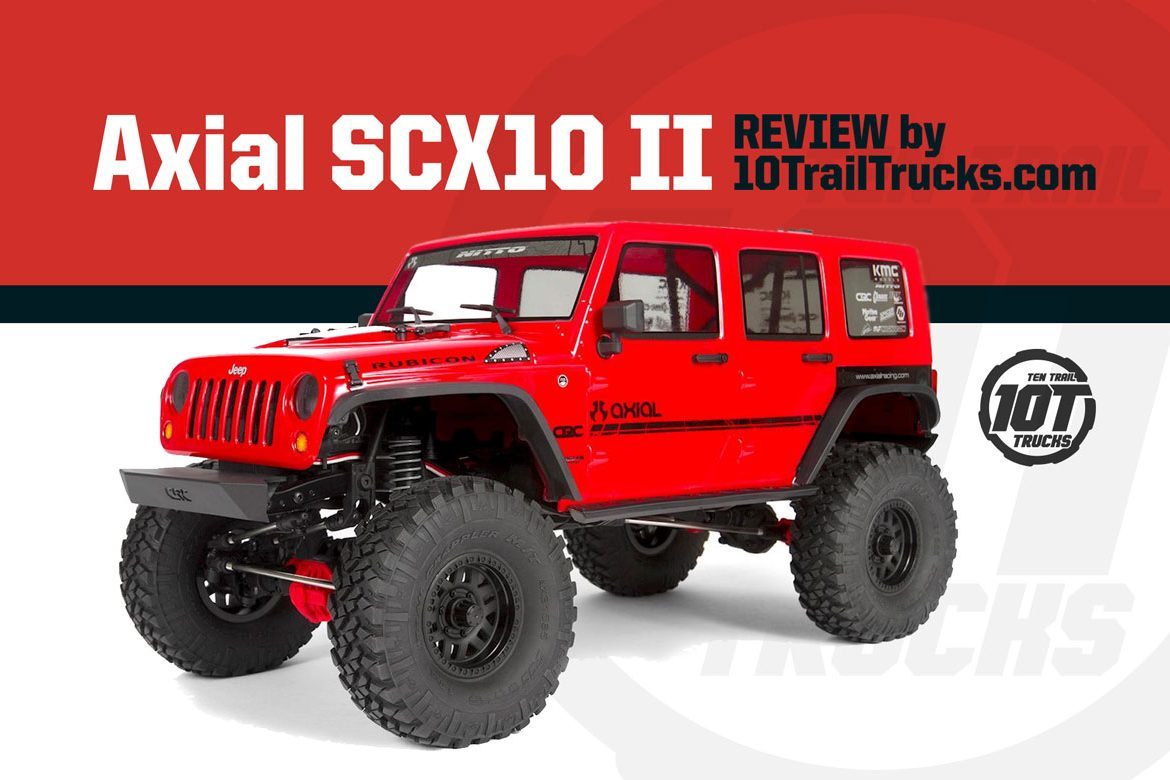